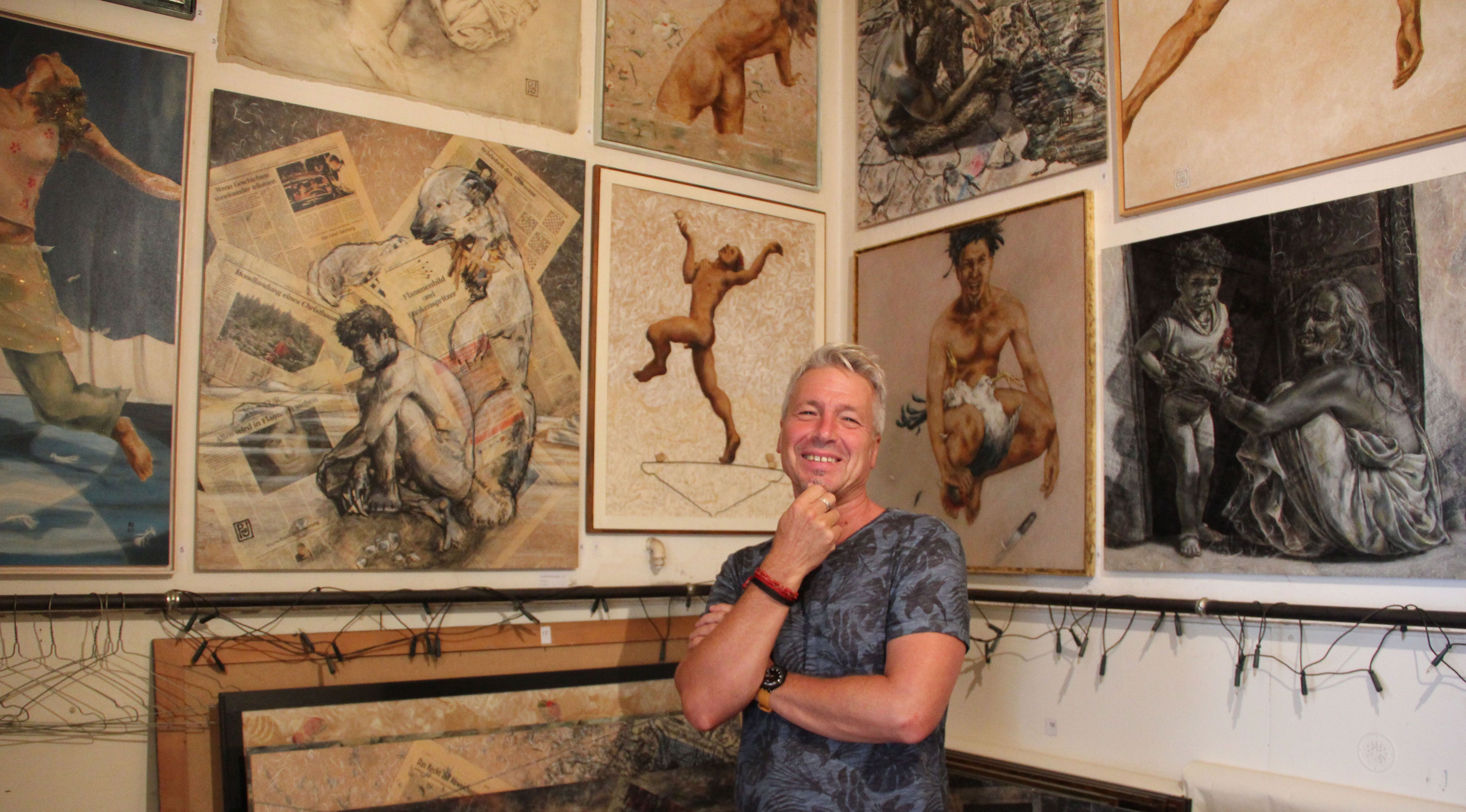 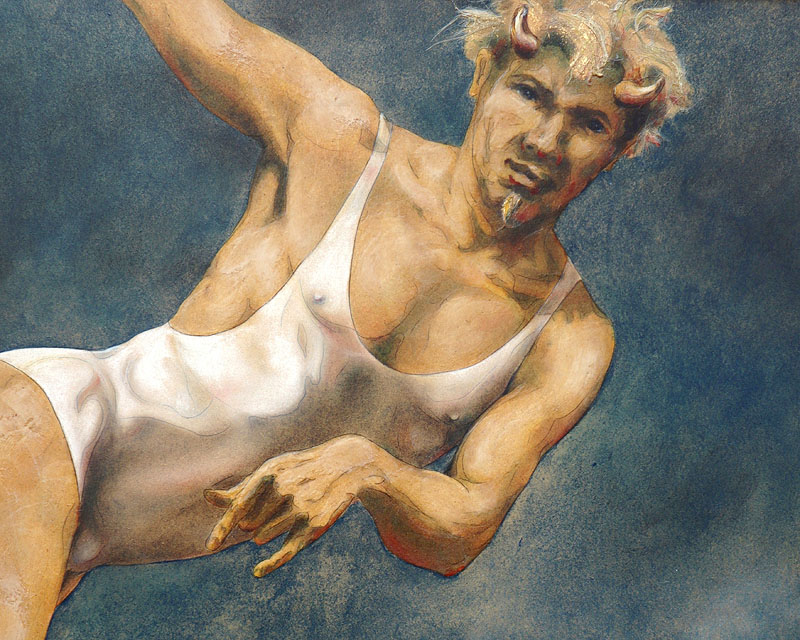 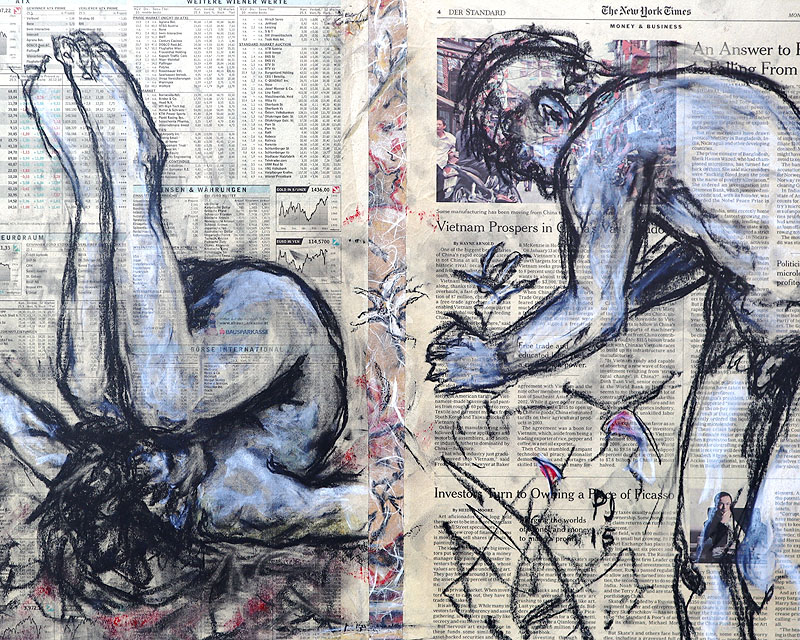 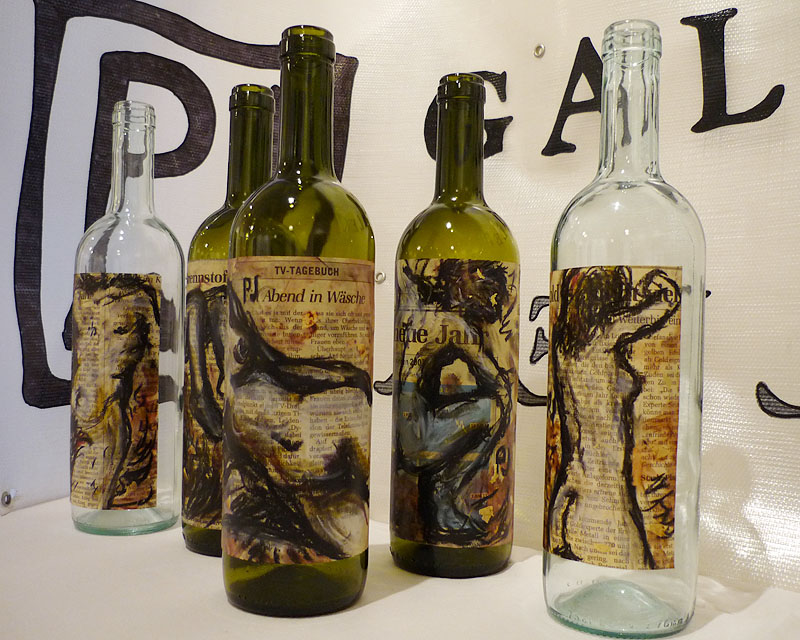 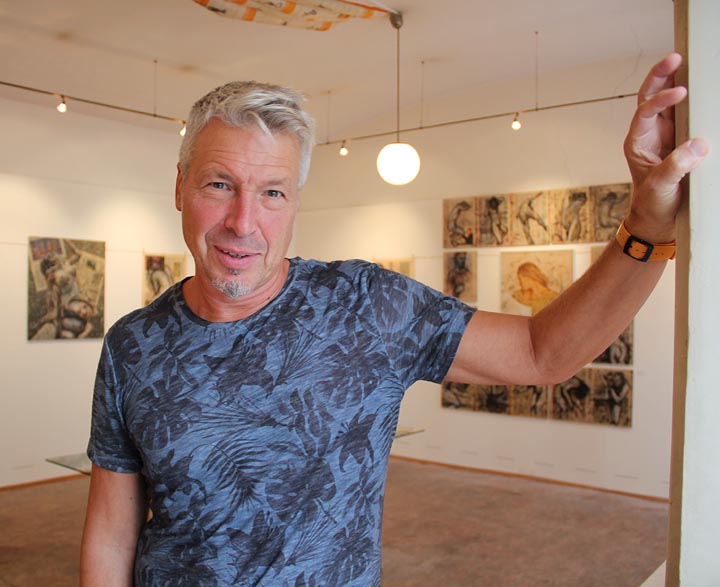 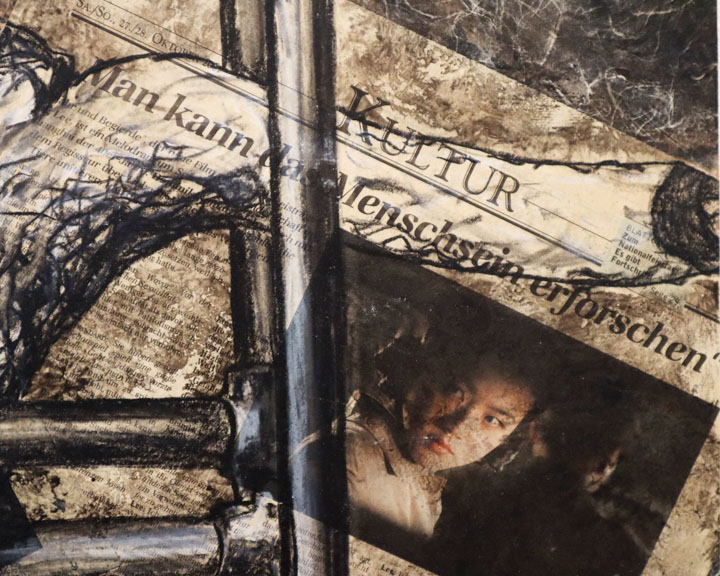 freelance artist, lives and works in Vienna, born in 1959

Art and the exploration of the human condition are 2 important constants.
Life cannot be grasped in a linear fashion.

12 years of violin lessons from the age of 8, drawing, music and interest in human anatomy accompany adolescence

1978 Decision to study medicine, Parallel to this, further intensive dedication to various forms of visual art, especially painting and photography.

The confrontation with Italian Mannerist painting, the visit of an exhibition of Jean Tinguely in 1987 at Palazzo Grassi in Venice and the visit to the Museon Arlaten Folklore Museum in Arles influenced his painting for many years. Emergence of material collages, assemblages. Material becomes colour, the picture becomes an associative and haptic object, a kind of showcase, a self-developed encaustic technique gives the figures in the pictures plasticity. The theme of the works is man in his daily self-invention in mythical snapshots of longed-for physicality and sensuality.

1987 -1995 numerous exhibitions in the alternative Viennese art scene, among others: Gallery in Amerlinghaus, WUK, Gallery in Celeste, Cafe Willendorf

1993 Opening of the gallery - Atelier PJ

1995 - 1999 Head of the creative group and co-therapist in the context of psychotherapy at the Vienna prison Favoriten (focus: drug addicts, alcoholics)

From 1996 onwards, he produced body studies with pastel chalk on Standard newspaper sheets, in principle a shift in the associative work of the material collages from three-dimensional offset objects to the printed word.

Through the combination and composition of selected sheets and the development of his own collage technique, he creates multi-layered, readable images with spatial effects. At the same time, the use of three-dimensional material is greatly reduced in the panel paintings, the emphasis is on body and movement.

2006 Decision to concentrate on his artistic work as a freelance artist independent of the usual exhibition business with regular vernissages and events in his own Atelier PJ:

2009 Swan Lake, burst bubbles and the foundations of reason

2010 Ottobre, with his head in the storm